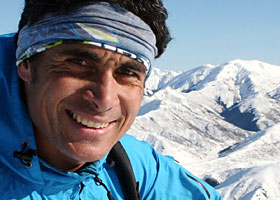 In 2003 my wife Jodie, daughter Jessie and I brought our ‘dream home’, an Adobe Brick house situated on a coastal section in Tasman Bay. The eco friendly building matched our lifestyle, clean living and good health. The builder prided himself on the natural qualities of the design and construction, we were happy, we had a home claimed to be “warm in the winter, cool in the summer” ­ rural living, sea views, perfect, what else can you ask for?

In 2005 we decided to extend the building to cater for our growing family and wanted to replicate the original house as much as we could. It was somewhat of a surprise to us when a friend, Lawrence McIntyre, told us that Adobe homes as the one we had and intended to extend in the same design were poorly insulated and extremely inefficient ­ essentially dismissing any claims they may have about being ‘eco friendly’. 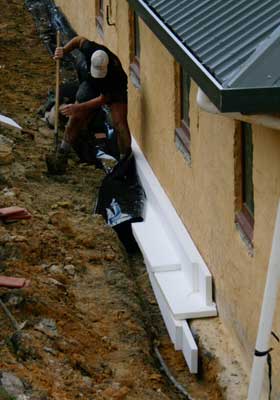 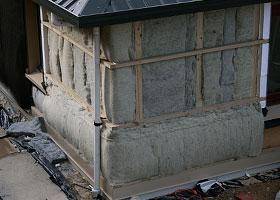 To be honest, we doubted his claims. We had lived in an Adobe house for 2-years and believed the building performed well. Looking back on that time, I acknowledge now that there were a number of factors that resulted in us ignoring Lawrence’s advice.

Our careers had been in Outdoor Education, Adventure Tourism & Sport. Sleeping in tents, snow caves and living in the outdoors was normal. Any building in comparison to a snow cave is going to feel warm. As frequent travellers, we had not spent a full winter in NZ for over a decade, always escaping to the Northern hemisphere or Pacific Islands. Lawrence’s claims were against the flow of all the other information we had access to, even building engineers and so called experts.

By 2006 we had doubled the building size to approximately 300 square metres. We used 300×300mm Adobe bricks that became the internal and external cladding; we used sealed wooden joinery, double-glazing, and insulation under the foundation and wool insulation in the ceiling. As far as we were concerned, we didn’t leave a stone unturned, the full Monty.

By the winter of 2006 we started to notice 2-things. 1. Our heating costs in the new building (gas radiators) were extravagantly high, to the point we couldn’t afford to run them continuously. 2. The building without the heating on was like a refrigeration chamber, excellent for storing wine but terrible for raising healthy children.

A new expression was born in our house, “Adobe - cool in the summer, freezing in the winter.” 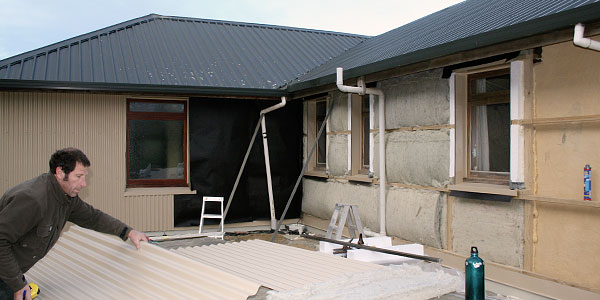 Lawrence pointed out that the reason for this was poor insulation, and not just the Adobe, in many parts of the building, new and old. He explained what needed to happen. The house needed to be externally clad and insulated, the concrete foundation slab needed further protection from the ground temperature, the ceiling needed significantly more insulation and in general, a number of smaller areas needed to be sealed. In summary, what Lawrence was suggesting was that we needed a high quality insulation layer. This was not news we wanted to hear, so we opted to buy more clothes and leave NZ during the peak of winter.

By the winter of 2009, with 3-children and 2 in school, we became more home bound and literally got ‘cold feet’ of living in a cool home. The health risks associated with such cold living could not be ignored. We knew something needed to happen, it simply could not continue the way it was.

By now we knew Lawrence was right. We’d lived in an Adobe for over 6-years and knew the problem we had. He had also built the Little Greenie, which contained Adobe bricks, and the performance of the building was exceptional. We wanted that.

In 2010 Lawrence managed stage 1 of a major insulation project on our house, insulating the south and west walls, the foundation and overseeing the ceiling insulation improvements and energy efficiency of our heating system.

It is a pity that we didn’t follow Lawrence’s advice in 2005 because it would have saved us a considerable amount of money, time and effort. At the time we made what we thought was the best decision. Because we live in a country where the general level of home insulation and building quality is outrageously poor, our 2005 project was considered by many as over the top, when in fact it wasn’t anywhere near the top, it was lucky to be halfway to the top.

The quality, craftsmanship and attention to detail Lawrence and his team invested in our home was superb and we are eagerly awaiting getting stage 2 completed, the north and east walls, then we’ll finally have a house that meets our needs. 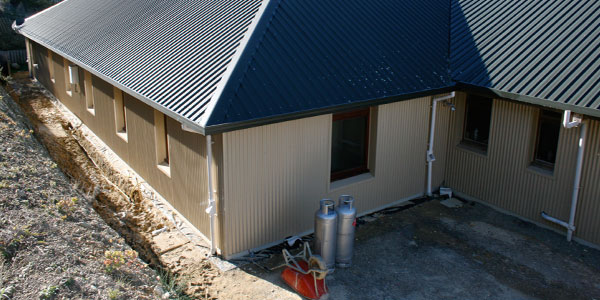 In a cost versus value equation, the value wins. There’s nothing cheap about living in a cold home, it’s more expensive in every way. We know the investment into getting our house functioning to a high standard will return multiple benefits for a very long time.

… And if people think it’s over the top, we know we’ve got it right.

After a couple of years procrastinating about how to deal with the heating problems in our house we heard about Lawrence, his ideas about insulation and his ‘off the grid’ cottage – ‘The little Greenie’.

Lawrence’s first point of contact was to spent time with us talking about the length of time we planned to live in our house and what we hoped to achieve, ascertaining the amount of money we were wanting to spend and whether or not we were being realistic in terms of costs and if it our goals were going to be cost effective and do-able.

Lawrence uses a holistic approach as he carefully considers all aspects of the problem in order to find the best solution. On advice from Lawrence we purchased several temperature/humidity monitors and began (almost obsessively) watching and documenting what was happening in different rooms around our house. He lent us a temperature gun which gave more accurate evidence about where the heat was and wasn’t and the variations of temperature from floor to ceiling.

On the next visit from Lawrence it was agreed that further insulation in ceilings and under floor was needed and so Lawrence and his very capable son Amarni measured up and began the process of ordering and installing the insulation. We also discussed the need for a heat source in the problematic area of the house, re-newing old window seals, the cause of condensation and what to do about it, buying drapes that lessen the pull of cold air from windows, pumping heat from the existing fire to other rooms of the house and the possibility of making structural alterations to more efficiently heat the house.

While at times, we have struggled to absorb the magnitude of information that Lawrence has shared with us, we are slowly gaining a greater understanding and appreciation of his ideas. We have liked that Lawrence is constantly thinking about the most efficient and cost effective way to solve a dilemma and has often approached us with “Hey I’ve been thinking about …” and “I have another idea, what about…”. We have felt confident that Lawrence has given us the best advice he can for our current situation and recommend him to anyone considering improving their homes insulation and or building. His advice to us has been invaluable!

Lawrence has been an amazing advocate for greater insulation in existing houses and building environmentally friendly homes!

Lawrence’s insistence on a weekend stay at ‘The little Greenie’ holiday accommodation has let us experience hands on and understand more deeply his philosophies and beliefs surrounding eco friendly building.

Maybe in the future we’ll build a ‘Little Greenie’ of our own but at this time we are incredibly happy with what we have done to our existing home. It is warmer and dryer, and without doubt healthier, and that’s thanks to Lawrence and Armani.

Thanks guys for all your wonderful advice, patience with our ignorance and perseverance and determination in getting your message across.

We're taking the COVID-19 situation very seriously and we're prepared to make everything as safe, easy and affordable as possible for our guests. Golden Bay Hideaway is tackling this challenge with a range of important measures:

We've taken measures to ensure our accommodations are safe for all our guests. For this reason we are not requiring vaccine certificates or passes. All our staff are fully vaccinated.

We're very proud of our record on providing an exceptionally clean and safe environment for all our guests. The many glowing reviews in this regard are truly appreciated.

Each home is cleaned on a regular basis and a deep and thorough clean is completed before you arrive for your stay. This involves but is not limited to:

Golden Bay Hideaway cleaning staff are fully vaccinated, trained in good hygiene and follow recommended cleaning guidelines from the New Zealand Ministry of Health. We encourage our guests to do the same.

Soap, hand sanitisers and disposable (and compostable) hand drying towels are provided for every visitor's safety.

Each of our accommodations is completely separate from the others. There are no shared facilities. You'll feel like it's just you and the view.

Our "low-touch" approach to the check-in/check-out process means you'll likely never meet any of us face-to-face. When you arrive at Golden Bay Hideaway you can use the intercom at the gate to announce your arrival. From there you simply follow the signs to your accommodation of choice - ready and waiting. And for checkout you can just leave.

Our (fully vaccinated) staff will never arrive unannounced and burst your bubble. But of course we're always around should you need us - just call or send us a message.

Book your bubble break with confidence!

In these uncertain times it can be hard to make a plan for the future. We reckon taking a break shouldn't be a stressful experience. So we're making it easy for you to have no worries with our generous cancellation policy.

While the NZ Government maintains strict border controls for COVID-19 we are only accepting bookings that meet various criteria. Please read all latest information.